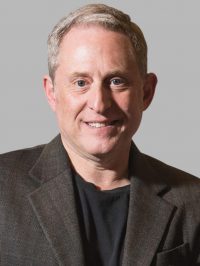 Dr. Alan Stern, a Boulder county native and a Vice President at the Southwest Research Institute (SwRI) is a planetary scientist, author, speaker, and soon to be commercial spaceflight participant on SwRI research missions with Virgin Galactic. Dr. Stern has published over 300 scientific papers and half a dozen books, including Chasing New Horizons in 2018, the story of the New Horizons mission he leads for NASA. But New Horizons isn’t Dr. Stern’s first space rodeo, he’s actually been involved in 29 NASA and international space missions, and he has played leading roles in 14 of those 29. Dr. Stern has been awarded numerous accolades in his career, including the Arthur C. Clarke ward, the Carl Sagan medal, the Lowell Thomas Award, the Von Braun award, and the Smithsonian’s American Ingenuity Award; he has also twice been named to the Time 100. In addition he is a fellow of the American Association for the Advancement of Science, of the Royal Astronomical Society, and the Explorers Club, and he is a member of the National Science Board.