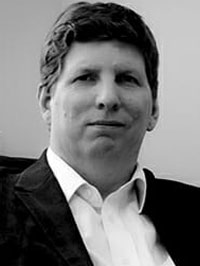 Chris Carberry is the CEO and co-founder of Explore Mars, Inc. a nonprofit space advocacy organization that was created to advance the goal of sending humans to Mars within the next two decades. Carberry is a well-respected expert and influential director of strategic alliances in the space community and has been responsible for growing many partnerships, grants and sponsorships for leading industry organizations. Currently, as CEO of Explore Mars, he acts as the main liaison for efforts and project ventures.

Prior to joining Explore Mars, Carberry served as Executive Director to The Mars Society. In his early career, he acted as a member of the Steering Committee where he organized congressional outreach efforts around the country. He also played a leadership role in congressional outreach events such as the 2007-2017 Space Exploration Alliance Legislative Blitz and has coordinated numerous briefing panels and other events on Capitol Hill over the past two decades.

Prior to his space career, Carberry worked as an archivist of modern political papers and was research assistant for numerous best-selling biographers.