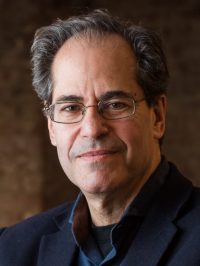 Jeffrey Manber has served as the CEO of NanoRacks since 2009, growing the company into the first commercial space station company with customers. Before NanoRacks, Manber was the only American to officially work for the Russian space program, he served as Managing Director of Energia USA, carried over the first commercial contract between NASA and the Soviet Union, and served as CEO of MirCorp, which leased the Russian space station. While at MirCorp, he oversaw the first ever, and still only, commercially funded manned mission, of over 70 days, to the Mir space station. Manber later represented Russian space organizations when the initial International Space Station contracts were negotiated. He also co-developed the first fund dedicated to commercial space on Wall Street (Shearson Lehman) and has served as an adviser to numerous companies and governments. The author of three books, his second (Selling Peace) chronicles his time working with the Russian space program. In 2012, Manber was awarded the NASA Exceptional Public Achievement Medal, and in 2017, Space Frontier Foundation’s Pioneer of New Space Award. In 2018, Manber spoke before the National Space Council on commercial trade with China on space services.