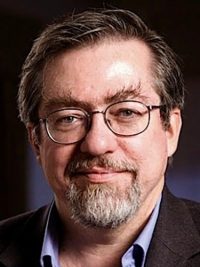 John C. Mankins, President of Mankins Space Technology is an internationally recognized leader in space systems and technology innovation, and as a highly effective manager of large-scale technology R&D programs. Mr. Mankins’ 25-year career at NASA and CalTech’s Jet Propulsion Laboratory (JPL) ranged from flight projects and space mission operations, to systems level innovation and advanced technology research & development management. He is also well known as an innovator in R&D management. For example, building on the original NASA ‘technology readiness level’ (TRL) scale for technology assessment (defined first with 6 or 7 levels in the 1970s), he extended the scale to flight systems and operations in the late 1980s (TRLs 8 and 9), published the first detailed definitions of the TRLs in 1995, and promoted the use of the scale by the US Department of Defense in the late 1990s. Before leaving NASA, Mr. Mankins was the manager of Exploration Systems Research and Technology within the Exploration Systems Mission Directorate with responsibility for a $416.8M annual budget, involving more than 100 individual projects and over 3,000 personnel. For 10 years, he was the manager of Advanced Concepts Studies at NASA, and the lead for critical studies of space solar power, highly reusable space transportation, affordable human exploration approaches, and other topics. He was the creator or co-creator of numerous novel concepts, including the ‘MagLifter’ electromagnetic launch assist system, the Internet-based NASA ‘Virtual Research Center’ the ‘Solar Clipper’ interplanetary transport vehicle, the ‘SunTower’ space solar power system, the ‘Hybrid Propellant Module’ for in-space refueling, the ‘HabBot’ mobile planetary outpost architecture, the Advanced Technology Lifecycle Analysis System (ATLAS), and others. In recognition of his accomplishments, he has received numerous awards and honors, including the prestigious NASA Exceptional Technology Achievement Medal (of which he was the first recipient).