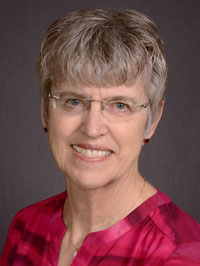 Loretta Hall is an author and freelance writer whose work concentrates on human space exploration and its history. She serves as a member of the NSS Space Ambassadors Subcommittee, and she is a Space Ambassador Subject Matter Expert on Space History and Women in Space. Loretta holds a BS degree in Mathematics and previously taught high school math. She began her writing career in 1990. Her magazine articles, speeches, and books have earned numerous awards including a Silver Award from the Science category of Foreword’s Book of the Year Awards and a Gold Medal from the Military Writers Society of America. In 2016 she was named the National Federation of Press Women’s Communicator of Achievement. That same year, she was recognized as one of five finalists in Phase I of the NSS Space Ambassadors Program.