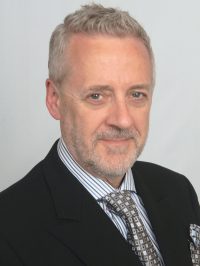 Richard Godwin has been a serial entrepreneur and businessman since childhood. He has successfully created and built small medium and large companies over several industries in both Europe and North America.

He became interested in space exploration when he was seven years old and avidly followed the Apollo Program to land people on the moon as well as many space programs since then. He has served as a Director on the Board of both the National Space Society and the Space Frontier Foundation. He created and managed an asteroid research program known as “The Watch” which raised funding for asteroid discovery and characterization and presented its findings to the U.S Congress on Capitol Hill.

Richard worked for two years as a business consultant to Elon Musk at SpaceX, building a business model for their nascent DragonLab spacecraft program. He then served as CEO and Director of Zero Gravity Solutions Inc., ostensibly the world’s first publicly listed company creating new products and technology on the Space Shuttle and the International Space Station for use on Earth. He also served as CEO and President of Zero Gravity Life Sciences at that time.

He is currently Senior Managing member of Space Technology Holdings, a Texas based space technology development company as well as President of one of its subsidiaries AlumaPower Corporation, a new renewable non-carbon energy company. He is a Founding Venture Partner of Starbridge Venture Capital a new venture fund making investments in new space designed or derived technologies in the US. He is a regular national judge for the NASAiTech competition that assesses and brings new technologies and IP to NASA. He serves as a business consultant and Director of several NewSpace and aerospace companies.

As a footnote he and his brother Robert own Apogee Books, a space book publishing company which today has over 400 technical space exploration books in print, as well as operating TheSpaceLibrary.com an enormous repository of space industry data.