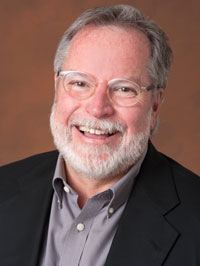 Rob Manning, an Engineering Fellow at NASA’s Jet Propulsion Laboratory, been designing, testing, and operating robotic spacecraft for 35 years including Galileo to Jupiter, Cassini to Saturn and Magellan to Venus. He is currently the Chief Engineer for JPL.

His work on Mars rovers began as the Chief Engineer for Mars Pathfinder, continued through the Mars Exploration Rovers Spirit and Opportunity, continuing to Curiosity. Among other tasks, he led the Entry, Descent and Landing teams for each mission.

Manning has received four NASA medals, is in the Aviation Week Magazine Space Laureate Hall of Fame in the Smithsonian Air and Space Museum, has received two honorary PhDs, and is an Associate Fellow of the American Institute of Aeronautics and Astronautics.