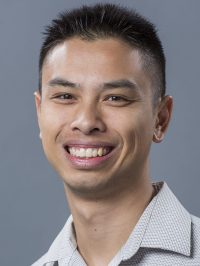 Sydney Do is a Systems Engineer in the Mars Program Formulation Office at the NASA Jet Propulsion Laboratory, where he supports the development of future robotic and human Mars mission concepts. He is currently a member of the joint NASA-ESA Mars Sample Return Formulation Team, where he manages the technical interface between NASA’s lander and ESA’s Sample Fetch Rover concept study teams. At the same time, he manages NASA’s Mars Water Mapping Projects, and supports multidirectorate Mars human exploration planning activities.

He holds a Ph.D. in Space Systems Engineering from the Massachusetts Institute of Technology (MIT), a Master of Science in Aeronautics and Astronautics from MIT, and a Bachelor of Engineering in Aerospace Engineering from the University of Sydney in Australia. Prior to joining JPL, he worked in the areas of Mars crewed surface systems architecting, space habitation and life support, and space logistics.