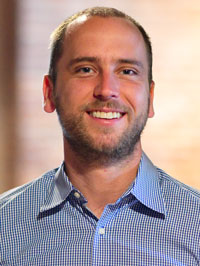 Twyman Clements is the Co-Founder and CEO of Space Tango. Since the companies first operational launch in 2017 they have designed and operated nearly 150 on-orbit investigations ranging from plant and material science to layer deposition and complex cell culture work. Twyman has been recognized by the Kentucky Entrepreneur Hall of Fame and was ranked on Fast Company’s list of the 100 Most Creative People in Business.

While receiving his BS and MS in Mechanical Engineering at the University of Kentucky Twyman worked at Kentucky Space in numerous engineering and management roles before co founding Space Tango. During this time he worked on a variety of high altitude balloons, NASA’s first few ELaNa CubeSat missions and developed ISS hardware.Today, he couples his engineering and operational experience to develop applications which use microgravity as a value add in the manufacturing process.